Listen for the Prophets 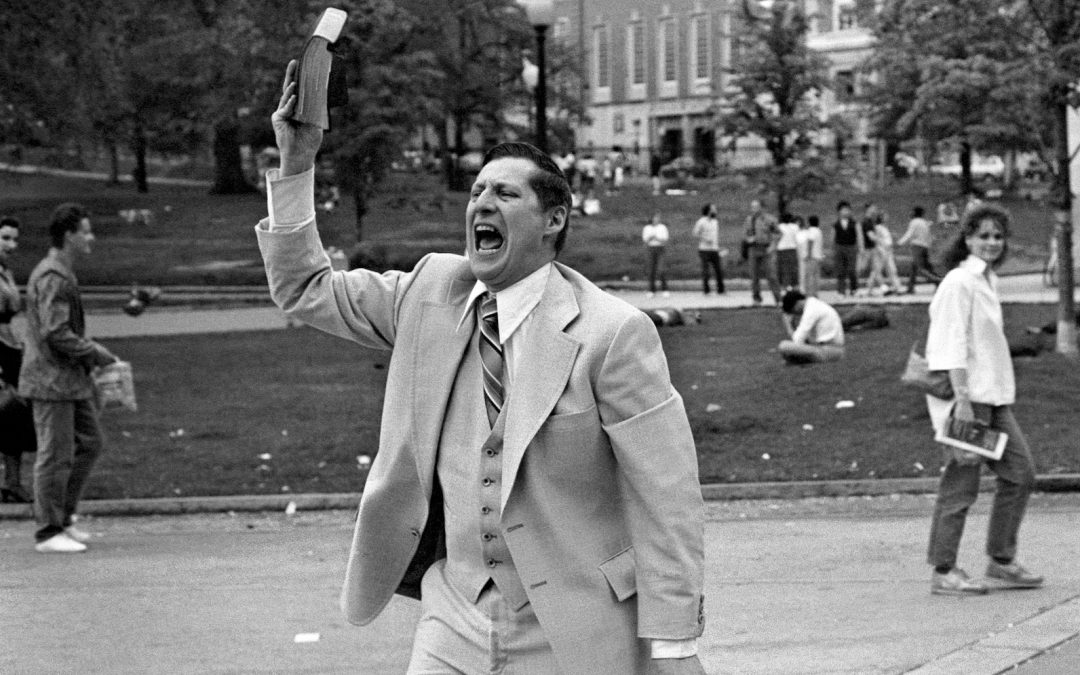 I’ve been listening out for the prophets lately. They’re still around, but you have to stay on the lookout and tune in when you find one.

We had a street-corner preacher in Brevard for many years. He’d stand in the center of downtown and give passing drivers a friendly wave, Bible firmly in hand. But I haven’t seen him for quite a while. Unlike the one pictured above, our preacher wasn’t the ranting and raving type. He was the “God loves you” kind. In his own way, he was a prophet, and I think we could use more of them right now. Prophets don’t say what’s prudent, socially acceptable, or poll-tested. They just give us the unvarnished truth, even when we don’t want to hear it.

Not everyone thinks of Mary as a prophet, but I do. (Yes, that Mary: the mother of Jesus.) In my tradition, we hear from Mary every December, and what she says sounds radically prophetic to me — especially coming from an unwed teenage mother-to-be. While visiting her cousin Elizabeth (also young and pregnant), Mary makes an astounding pronouncement.

In the words of The Message paraphrase of the Bible, this is what she says:

God’s mercy flows in wave after wave
on those who are in awe before him.
He bared his arm and showed his strength,
scattered the bluffing braggarts.
He knocked tyrants off their high horses,
pulled victims out of the mud.
The starving poor sat down to a banquet;
the callous rich were left out in the cold.
It’s exactly what he promised,
beginning with Abraham and right up to now. [Luke 1]

Mary was empowered to say these things for two reasons: 1) As a pregnant and unwed teenager, hardly anyone would have taken her seriously, and this freed her to speak the truth. 2) She knew these things were true, because they were happening to her. By making her the mother of the Messiah (and, indeed, the “Mother of God,” as tradition proclaims her), God was manifesting in Mary’s life divine mercy, strength, and justice.

For the prophets tell me so.

photo by David Henry via Pexels