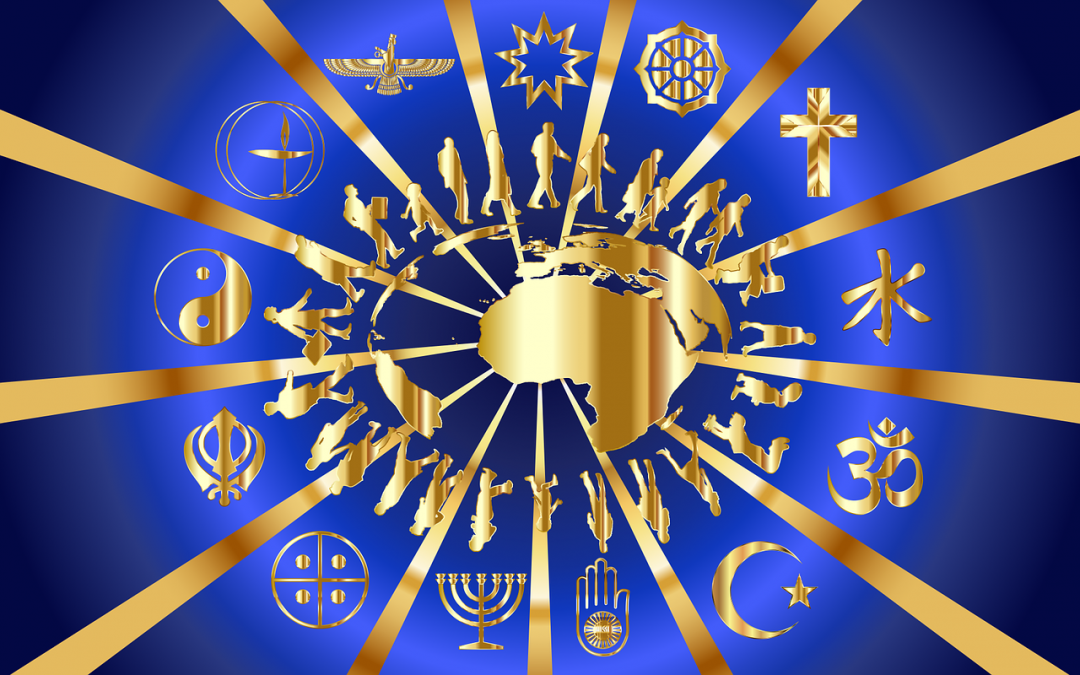 Whew!  That’s just some of the baggage one can try to unpack as you delve into the origins, practices, and teachings of our world’s many religious traditions. But wait, there’s more!

One could also take an historical, critical view of religious texts and read them more as contemporary responses to the writers’ existing social conditions, rather than infallible blueprints of how to construct a spiritual kingdom on earth. With such a reading, indeed, one might be informed, enlightened, and inspired to act toward a better humanity. That’s worthy of exploration! 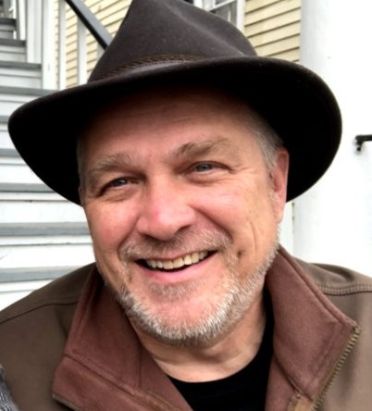 Another take all together would be to recognize the intrinsic similarities that permeate world religions. In this light, one is offered a chance to celebrate the perennial wisdom these diverse traditions share and ponder how such shared wisdom informs our human condition. This also feeds the spirit!

I recently feasted at just such a smorgasbord of considerations in Toronto at a week-long program called “Discovery Week” at Encounter World Religions (WorldReligions.ca). I shared the encounter with the Center’s director Rob Field, Operations and Communications Manager Cindy Decker, Associate Flora Brooke, and approximately 35 other spiritual sojourners, life-long learners, and Diversity Equity and Inclusion professionals.

In addition to receiving rich academic introductions to some 14 different religious traditions (plus many of their offspring and cousins), we visited leaders and congregants in their practicing places. We worshipped with some, we danced and chanted with others, and we broke actual and spiritual bread with them all. It’s difficult to describe the depth and warmth of their engagement with us, except to say that they left an indelibly hopeful mark on my being.  I’m humbled and grateful for that.

No doubt, I will continue to study and be critical of religions, parse their origin stories and their soul-searching, if often co-opted dogmas. I will consider their impact, good and bad, on society across time and cultures, in the past and in the present.  I will continue to feed my head and confirm my biases, both intentionally and accidentally. In sum, I will continue to affirm that religions are ultimately a human expression, altogether complex, beautiful, and imperfect.

The fruits of such study are many, and I would encourage it for anyone.  But in Toronto recently, real and resounding spiritual nourishment came during a short Lyft ride. Our driver, Dipakshii, displayed a small icon of Krishna on her dashboard. Our CSW entourage had only to recognize that the icon was indeed Krishna to ignite a soulful smile that lit up not just our driver’s face, but the entire cabin of her car. She forthrightly and eloquently celebrated the divine mystery inside all of us by citing her own tradition’s texts. She did not proselytize in any way. It was as if she had simply and quickly sensed that we also celebrated a shared recognition of something bigger. All we and our driver had done was to allow a space for recognition and – boom! – we celebrated.

From the Christian New Testament comes Jesus’ teaching that “where two or three gather in my name,” two or three will be in the presence of something bigger than themselves. That mysterious something bigger eludes a common title–or even a common namelessness–among the world’s religions. For all the study and planned experiences of the week, that five people in a Honda CRV could share spontaneous and soulful recognition of something bigger offers more than credence to the notion that religions share a wisdom that spans cultural divides. It affirms that such a shared wisdom grants the space– and makes the call!– for our shared humanity to celebrate and acknowledge our diversity while embracing an inclusive worldview.

I have renewed hope that we will divide less and celebrate more, and I’m beyond grateful to associate with the Center which seeks such renewal for all.