Reel Spirit Movie Project – And the winner is . . . Nomadland! 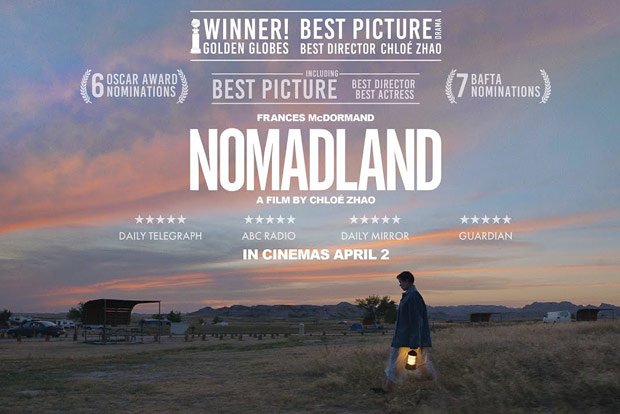 The Academy of Motion Pictures issued the Oscars on April 25th and the big winner of the night was Nomadland, which was honored with three Academy Awards:

Therefore, it comes as no surprise that the “winner” of the Reel Spirit Movie Project’s Oscar choice is Nomadland. We’ll dive into a community discussion of this Oscar-winning movie on May 20th at 7 pm. Hulu is streaming Nomadland and is offering a free one-month trial. See Watch Nomadland Streaming Online | Hulu (Free Trial).

Nomadland is based on Jessica Bruder’s lively, thoroughly reported book of the same name, and stars Frances McDormand as Fern, a former resident of Empire, Nevada, a company town that officially went out of existence in late 2010 when the local gypsum mine and the sheetrock factory shut down. Fern, a widow, takes to the highway in a white van that she christens with the name “Vanguard” and customizes with a sleeping alcove, a cooking area and a storage space for the few keepsakes from her previous life. Fern and Vanguard join a rolling, dispersed tribe — a subculture and a literal movement of itinerant Americans and their vehicles, an unsettled nation within the boundaries of the United States.

The movie explores our culture’s obsession with attachments and the redeeming and often difficult aspects of living with few of the trappings of home ownership and stability, while reigniting relationships with nature and creating new friends with strangers Fern meets on the road. Except for McDormand and David Strathairn, the cast of the film are actual nomads and local people, listing their real first names for their characters.

Nomadland is a highly acclaimed film, winning not only three Oscars, but also for Best Picture by the Golden Globes, Critic’s Choice, and BAFTA, among others. It also enjoyed consistently favorable reviews: “It’s like discovering a new country, one you may want to visit more than once” (A.O. Scott, New York Times). “It is a gorgeous film that’s alternately dreamlike in the way it captures the beauty of this country and grounded in its story about the kind of person we don’t usually see in movies. I love everything about it” (RogerEbert.com).

There is, of course, no charge for this event, but participants are asked to please consider a donation to Center for Spiritual Wisdom. To register or receive additional information, email Cindy Decker at communications@centersw.org. Registrations will be received on a first-come, first-served basis. To donate to the Center, go to https://centersw.org/donate.

Tony Gillman, head of the Reel Spirit Movie Project and frequent participant on Reel Spirit discussions, will be the facilitator for the discussion of this thought-provoking film. 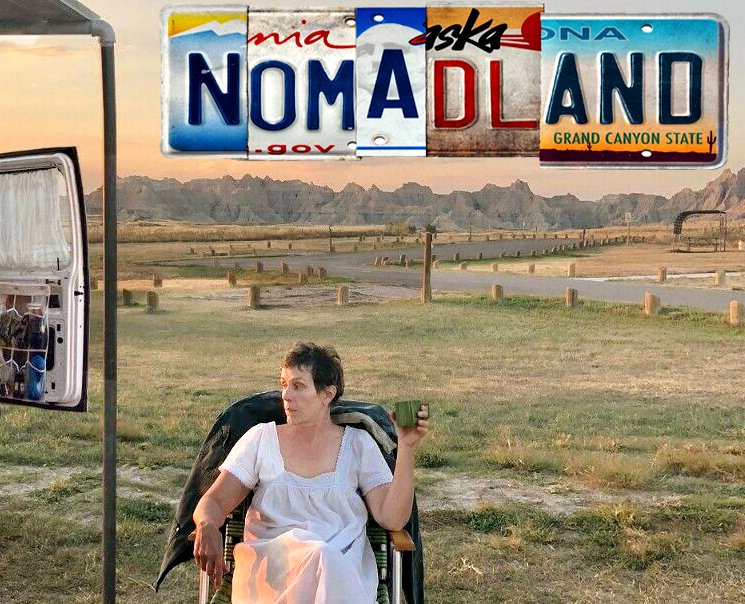