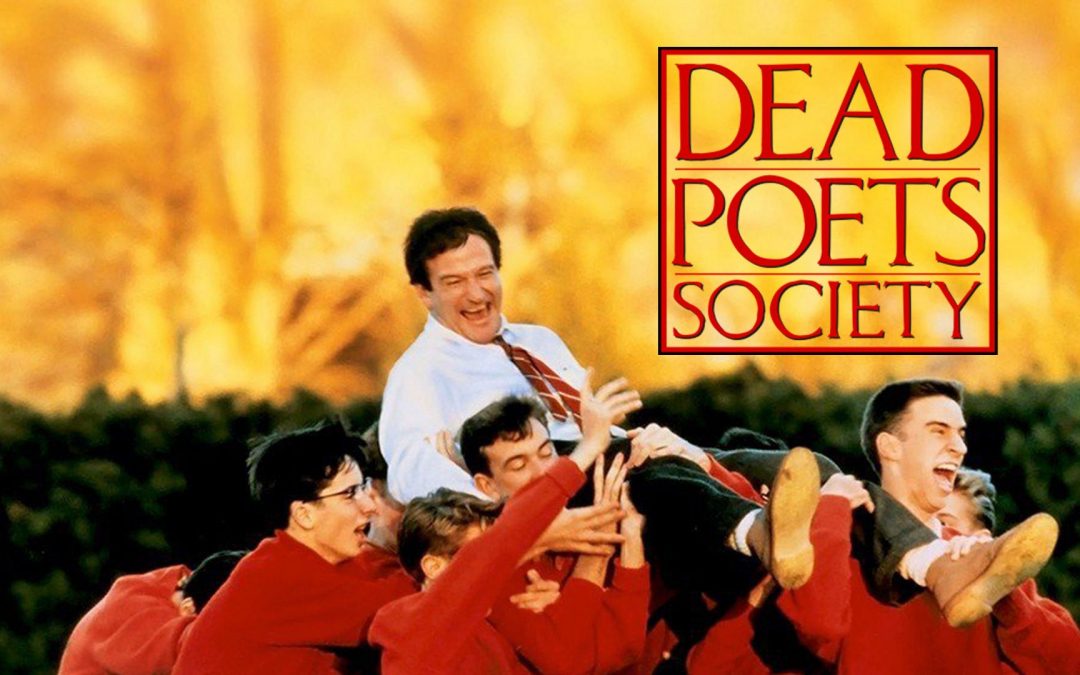 Center for Spiritual Wisdom’s May film selection is Dead Poets Society (1989). The Center will host an online community discussion of the film on Thursday, May 19, 2022 from 7:00 to 9:00 p.m. Eastern. Dead Poets Society is a 1989 American comedy-drama film written by Tom Schulman, directed by Peter Weir, and starring Robin Williams. Set in 1959 at the fictional elite conservative Vermont boarding school Welton Academy, it tells the story of an English teacher who inspires his students through his exploration of poetry and offers them freedom from conformity and expectations.

The film was a commercial success and received numerous accolades, including Academy Award nominations for Best Director, Best Picture, and Best Actor for Robin Williams. The screenwriter Tom Schulman received an Academy Award for Best Original Screenplay for his work.

Dead Poets Society demonstrates how students (or any of us) can be inspired to act freely against the norms of tradition, expectations, and conformity. Robin Williams’ portrayal of Mr. Keating as the lovable English teacher showed that a carpe diem (seize the day) attitude can have differing consequences for students at Welton Academy. Although this movie is set in the 1950s in Vermont, it remains highly relevant to all of us today.

For more information about Dead Poets Society, see IMDB here. This film is available and can be streamed via Amazon Prime or Hulu Plus. It can also be rented via Apple iTunes, Amazon Video, Google Play Movies, YouTube, Vudu, Microsoft Store, Redbox, DIRECTV, and AMC on Demand (for $3.99). Please check your local library as well for DVD or streaming options. You can view the trailer on YouTube here.

Participants are asked to view Dead Poets Society prior to the discussion on May 19. The Center will lead and host electronically through Zoom. The 2-hour discussion will be facilitated by Center Associate Tony Gillman. Tony is Chair of the Reel Spirit Movie Project and a frequent participant in these film discussions.

Stay tuned for other movie discussions planned by the Reel Spirit Movie Project, including Chocolat, our June selection. 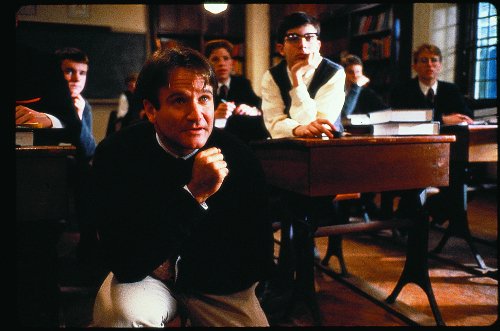