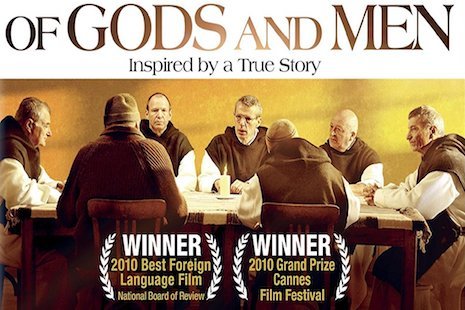 Faith & Courage Are Thematic In

Of Gods and Men

CSW’s Reel Spirit Movie Project has chosen the acclaimed Of Gods and Men (2010) for its December selection. Join us on Dec. 17 at 7:00 p.m. Eastern for the Center’s next movie-themed event. CSW Director Rob Field will lead the online discussion that evening.

Of Gods and Men is based on a true story. It’s a quietly powerful film about a courageous community of Catholic monks. Following threats from an Islamist militia, and after much prayer and soul-searching, the monastic brothers conclude they’re willing to give up their lives for their Muslim neighbors. Based on a true story, the movie won the coveted Grand Prize at the Cannes Film Festival in 2010 in addition to numerous other awards.

In his review, critic Richard Propes writes: “Of Gods and Men, nominated for the Best Foreign Film at the Independent Spirit Awards and recipient of the prize from the National Board of Review, is set within an Algerian Catholic monastery, but one need not be religious nor even spiritually inclined to fully appreciate its powerfully realized themes that cross political, religious, geographical, and communal lines.”

For more information about Of Gods and Men, see IMDB here. You can also view the trailer on YouTube here.

The format of these film discussions has been well-received by participants, who are encouraged to pursue free and open expression. The organizers of the monthly series strive to create an informal and fun atmosphere, one that’s safe for all to share their views without fear of judgment. The facilitator creates a discussion guide that focuses on key themes for the film, and the guide is sent to all registrants. Participants view the selected film ahead of time on their own. A scheduled 2-hour facilitated discussion follows on the appointed evening, hosted online via Zoom.

Rob Field is enthused about facilitating his first RSMP event. The founder and director of Center for Spiritual Wisdom, Rob has often told friends he “must have been a monk in another life.” Rob’s been a happy attendee at earlier gatherings in the series.

There is no charge for this event, but participants are asked to consider a donation to Center for Spiritual Wisdom, a non-profit organization. To register or receive additional information, please email Cindy Decker at communications@centersw.org. Registrations will be received on a first-come, first-served basis.To make a donation, please go click HERE at the CSW web site. After registration, participants will receive information about the film and a dedicated link to join the discussion.

Stay tuned for other movie discussions planned by the Reel Spirit Movie Project, including Secondhand Lions, our January selection. 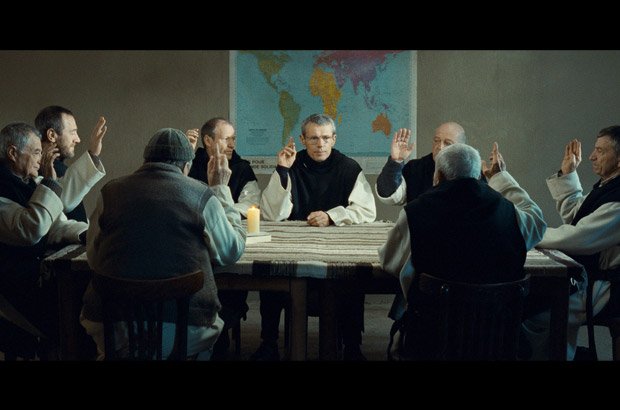