Center for Spiritual Wisdom’s team includes staff members and associates whose involvements differ according to their gifts, life experiences, and interests. The team also includes a board of directors who oversee the work of the center in conjunction with the director. 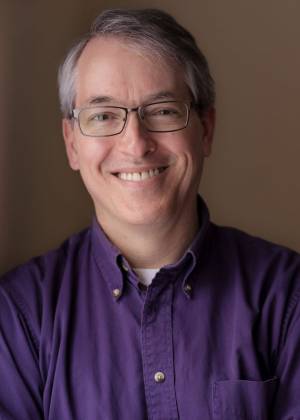 Rob founded Center for Spiritual Wisdom in 2016 after serving 22 years as a minister in the Episcopal Church and following a brief career in journalism. “The idea came, and I couldn’t shake it,” he says. “I kept thinking: this part of North Carolina would be the perfect place for a practice-based spirituality center.” After deep reflection and lengthy conversations with several wise advisors, Rob decided to leave the congregation he served for 18 years: “I finally jumped off the high dive into the deep end of the pool.” Rob especially enjoys teaching, writing, and working with individuals who want to broaden and deepen their spirituality. He also teaches World Religions at Brevard College. 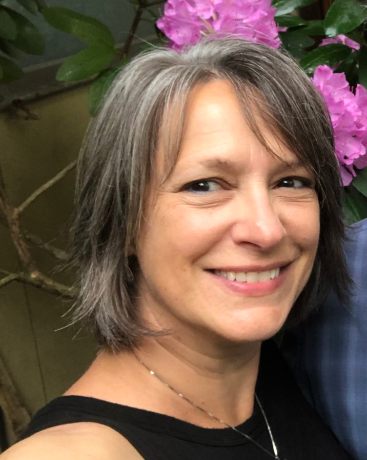 Cindy joined Center for Spiritual Wisdom in 2019 bringing experience in technical communication, instructional design, training, and organizational development. She has a B.A. in Applied Clinical Psychology from Alfred University and an M.A. in Career & Human Resource Development from Rochester Institute of Technology. At the Center she focuses on communications, organizational development, and event programming. Cindy has a passion for continually becoming and being her authentic self, and she actively encourages and guides others to do the same. She is excited about the Center and how it helps seekers of all types to find deeper meaning in their lives. She grew up in the farmlands and Appalachian foothills of upstate NY and cherishes time with her husband Terry, her family, gardening, journaling, reading, and cooking. She especially enjoys the beauty of the natural world, and hiking with her dogs in the mountains and forests surrounding Brevard, NC. 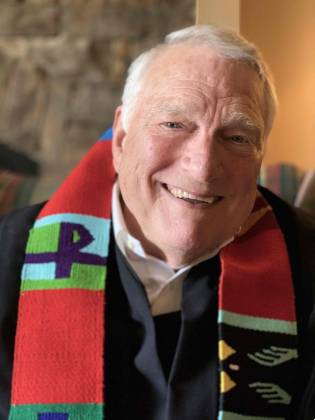 Before moving to Brevard, Tom Lewis served as Director of the Spirituality Program at Columbia Theological Seminary in Atlanta, where he led a certificate program in Christian Spiritual Formation. While at Columbia, he worked in spiritual growth and renewal with church leaders from a wide spectrum of geography and theology. This experience confirmed for him there is a great hunger for the divine throughout our society. “Folks often don’t know how to ‘Be Still’ long enough to experience the richness of that relationship,” he says. With a background in private industry and ordained ministry, Tom has led seminars, taught spiritual formation, and served as a retreat and conference leader. His passion is for teaching about spiritual formation and the spiritual components of depression. He has led 8 pilgrimages to the Holy Land. At CSW, Tom is a member of the board, program leader, and the Center’s Senior Consultant. 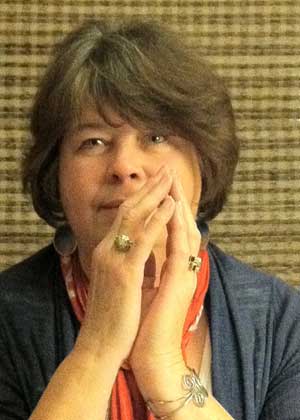 Paula has been a deeply grateful supporter of Center for Spiritual Wisdom since its founding. She earned a B.A. in English from the University of North Carolina and a B.S. in Interior Design from Western Carolina University. She is a graduate of the Haden Institute and credentialed in Spiritual Direction. She also facilitates a large adult Sunday School class, Coffee + Conversation, at St. Philip’s Episcopal Church.

As a devotee and teacher of the Enneagram, she understands the Enneagram as a tool for our continuing spiritual journeys, as well as a practical methodology for self-discovery.

Paula and her husband have been married for 55 years. They have an amazing daughter and two amazing sons and 6 gorgeous grandchildren. 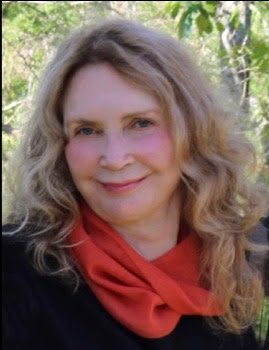 Dr. Christine King lived and worked throughout Asia and Europe, consulting with international teams and global academic programs for the University of Maryland. She directed a Leadership Development graduate program for more than twenty years. Christine now lives in Mills River, NC, on a small farm, the home of her consulting work, Fresh Perceptions.

She is the author of Choosing Compassion: The Enneagram’s Nine Pathways. Christine draws upon the Enneagram to support organizations, teams, and families.

Christine says, “As we navigate the Covid-19 global crisis, the Enneagram can help us access our resilience, intuitive wisdom, and unique strengths. When grounded in our Enneagram ‘home-base’ we have access to the well-being of all the other types. We all need that now, more than ever!”

Contact Christine through her personal web site or Fresh Perceptions 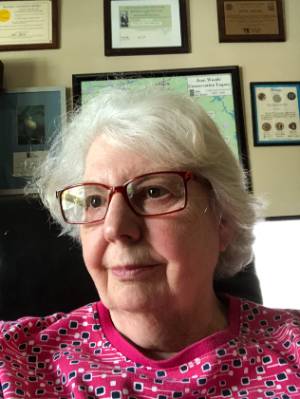 Jean grew up in a coal camp in southwest Virginia. She retired from a career in Information Technology with DuPont and after retirement, had her own company for 15 years helping small businesses with their computer needs. She also worked on the three Skylab missions in Houston, Texas writing programs to calculate mass properties for the space vehicles.

Jean has a BA in Mathematics from the University of Delaware, a Master’s of Pastoral Studies from Loyola University, and a certificate in Spiritual Direction from the Shalem Institute. Jean has guided people for spiritual direction for 25 years, and leads and facilitates programs about spiritual growth and transformation. She mentored the four-year Education for Ministry program for 23 years, which is taught in extension by the University of the South. She also did a unit of Clinical Pastoral Education at Carolinas Medical Center in Charlotte.

Jean’s passion is creation care, and she has served in many secular capacities to save, protect, and educate about God’s creation. The coal camp where she grew up was strip mined, and as a result, she developed a deep reverence for God’s creation and became involved in organizations and activities where she could speak for the land, which has no voice. 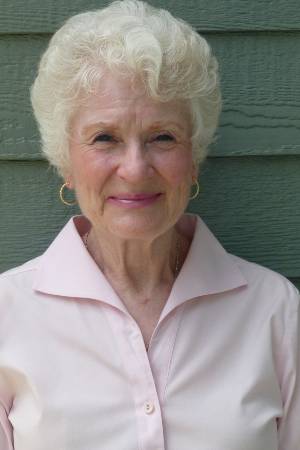 Mary has been with the Center since its beginning. She was co-leader with Rob Field for a two-year program on Contemplative Practices and hosted the Second Sunday Series.

Mary is originally from New Jersey, retiring to Brevard, NC in 2005. She is a former member of the Sisters of Charity of NJ and continues a lay affiliation with them. She received her BA in Latin from the College of St. Elizabeth in NJ and taught high school Latin as a member. Mary pursued an MSW in Clinical Social Work from Rutgers University followed by a three-year certificate program at the New York School for Psychoanalytic Psychotherapy and Psychoanalysis in Manhattan. This program required personal analysis and many years of continued supervision. She has worked in in- and out-patient psychiatric and mental health settings while also having a private practice for over 37 years.

With her years of monastic and religious training along with her psychological studies and practice she has seen that our interior life and our soul are inseparable. Mental health is soul work. And the soul is always seeking to be free. 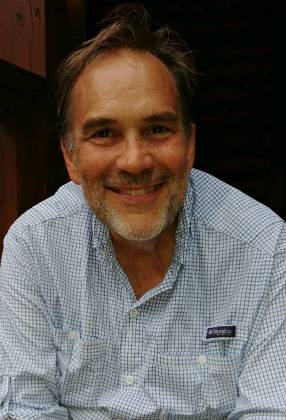 Tony moved to Brevard (actually Pisgah Forest) in 2018 after retiring from an in-house counsel position he held with Verizon for thirty years. Tony has been a spiritual seeker for many years and was so grateful that he could continue his spiritual path with the Center for Spiritual Wisdom. As a “Sendee” from Richard Rohr’s Living School of Action and Contemplation in 2019, Tony has studied under Father Richard, James Finley and Cynthia Bourgeault. He currently facilitates/belongs to a number of contemplative prayer and reflection groups and has a keen interest in Monastic Spirituality. Tony has been married for nearly 40 years to his wife Micki, and they have four grown children and six grandchildren. 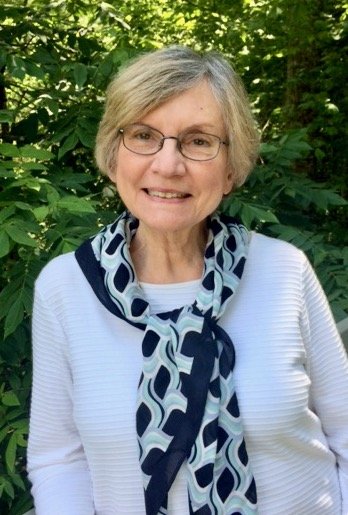 Originally from a suburb of Philadelphia, Janet received her undergraduate degree in psychology from Susquehanna University. After marriage and a move to Illinois, Janet earned an MSW from George Williams College at Aurora University. This led to her career as a child and family counselor with Catholic Social Services.

Janet and her husband Richard relocated to Brevard in 2003. Shortly after their arrival, she began an extended tenure on the board of United Way of Transylvania County. She continues to appreciate the many nonprofits that are dedicated to improving the quality of life for everyone in our county.

Now retired, Janet enjoys reading, volunteering with Rise and Shine and CSW, and exploring this beautiful area. She and her husband of 51 years have two married daughters and three grandchildren. Fortunately, they all enjoy visits to the mountains of NC.

Janet became involved with Center for Spiritual Wisdom shortly after its inception. Having been actively involved in a similar organization for many years in Illinois, she was delighted to find support for her ongoing spiritual journey here in Brevard. She looks forward to seeing the Center grow and thrive, as others become aware of all that is offered.